Nuclear reactions for the production of radioisotopes

Nuclear reactions, which lead to the production of the radioisotopes of interest, occur when the particles accelerated by the cyclotron above a certain energy (protons) interact with the target. Nuclear reactions are characterized by a cross section, a “geometric” parameter expressed in barn ( 1barn = 10- 24 cm²) which represents the probability that a particle of the incident beam will induce a particular nuclear reaction on the target for which l is specified energy, the target nucleus, the reaction channel and the final nucleus. In the production of radioisotopes, what is normally measured is the activity of the radioisotope and the relative quantity of interest is therefore the integral production cross section. It refers to the sum of the cross sections relative to all the possible reaction channels on a defined target which involves the direct production of the required radionuclide.

General description of the center

General description of the center The production center is arranged over three floors in a building separate from the one that houses the nuclear reactor. In the basement there is the bunker inside which the cyclotron is located. IBA CYCLONE ® 18/9 – H 16 cyclotron positioned inside the underground bunker. The walls of the bunker (in reinforced concrete with a thickness ranging from 180 to 210 cm) are sized, in compliance with national legislation on radiation protection [6], so as not to exceed 0.5 mSv/year of dose to operators (assuming an annual production of 0,000 A-year). The ventilation system of which the center is equipped is designed in such a way as to guarantee a depression of more than 100 Pa inside the bunker (with respect to the external pressure) and a depression of 75 Pa with respect to the control room, in order to guarantee the confinement of radioactive gaseous effluents inside the bunker itself. Under beam conditions on the target, the depression inside the bunker is maintained with the minimum flow rate (less than one exchange volume per hour) in order to reduce the release of radioactive aeriform effluents into the environment. The air extracted from the bunker is continuously monitored by an automatic control system which carries out a gamma spectrometry by means of a NaI (sodium iodide) crystal detector and that, in the event that the emissions into the air should exceed the limits indicated by the control body with technical prescription limiting the exercise ( 1Bq / g), prevents its release into the environment. The access of personnel to the bunker can only take place after at least six hours from the end of irradiation to allow the decay of the Argon-41 radioisotope and allow the ventilation system to carry out an appropriate number of air changes. Operators control the cyclotron via a software interface with a PLC (Programmable Logical Controller) located in the control room. It also contains PCs equipped with software for controlling the environmental monitoring of radiation and ventilation of the center.

The radiochemistry laboratory is located on the ground floor and is preceded by the decontamination room equipped with a surface contamination control system and emergency shower. In the laboratory there is the manipulation cell in which the radioisotope produced in liquid state is transferred through capillaries in special bottles. The cell, airtight, has a vertical laminar flow system and HEPA (High-Efficiency Particulate Air) filters at the inlet and outlet and ULPA (Ultra-Low Penetration Air) main filter over the entire surface of the worktop. These features ensure a Class 10 working environment and high sterility. Considering an activity inside the cell of 111GBq of 18F, the shielding thickness (75 mm of lead on each side) allows for a contact dose rate of less than 5 µSv / h and less than 0.5 µSv / h at a distance of one meter. At the end of the transfer of the radioisotope into the bottle, the activity is measured by the dose calibrator. The bottle is then placed by means of tele-pliers in a shielded container ready to be delivered to the pharmaceutical laboratories for the final synthesis of the radiopharmaceutical.

The main activity of the center is dedicated to the production of radioisotopes ( 18F and 13NH ) for medical applications. These are supplied to the radiopharmaceutical laboratories which request them and which provide for the synthesis of the final pharmaceutical product, mainly fluorodeoxyglucose [ 18F] -FDG, for PET diagnostic tests. The installation of the cyclotron in a university laboratory also allows its use in practical lessons in the context of accelerator physics courses and university masters. 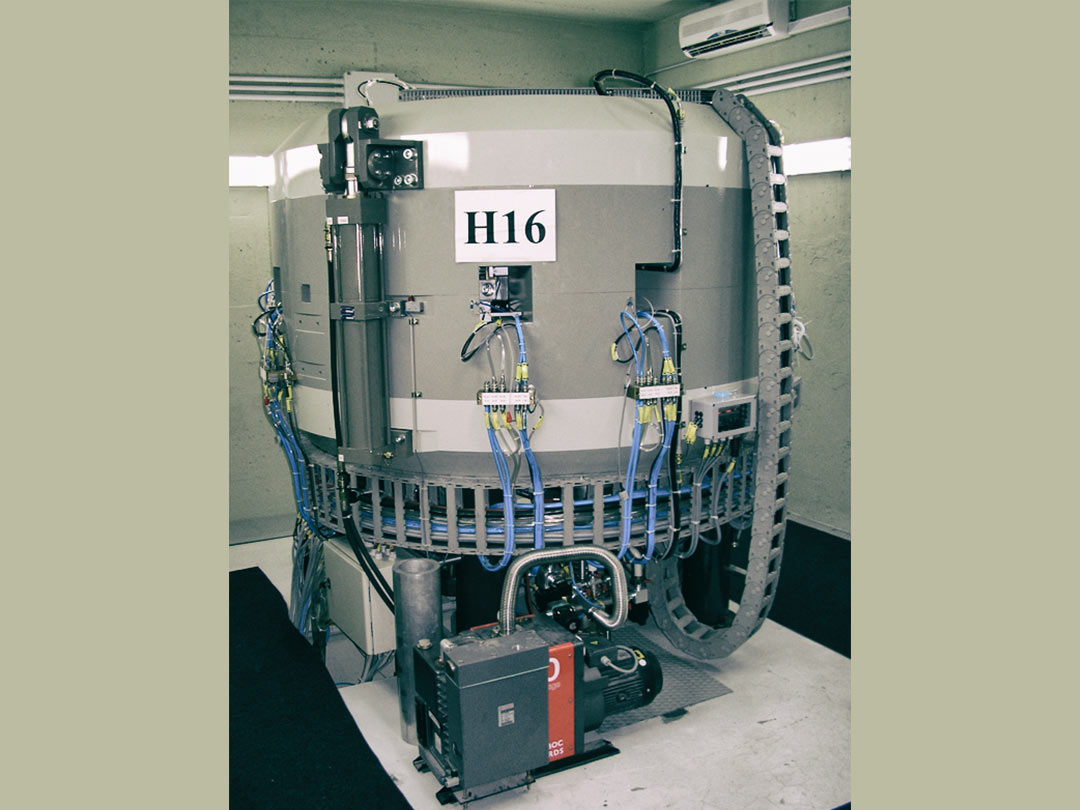 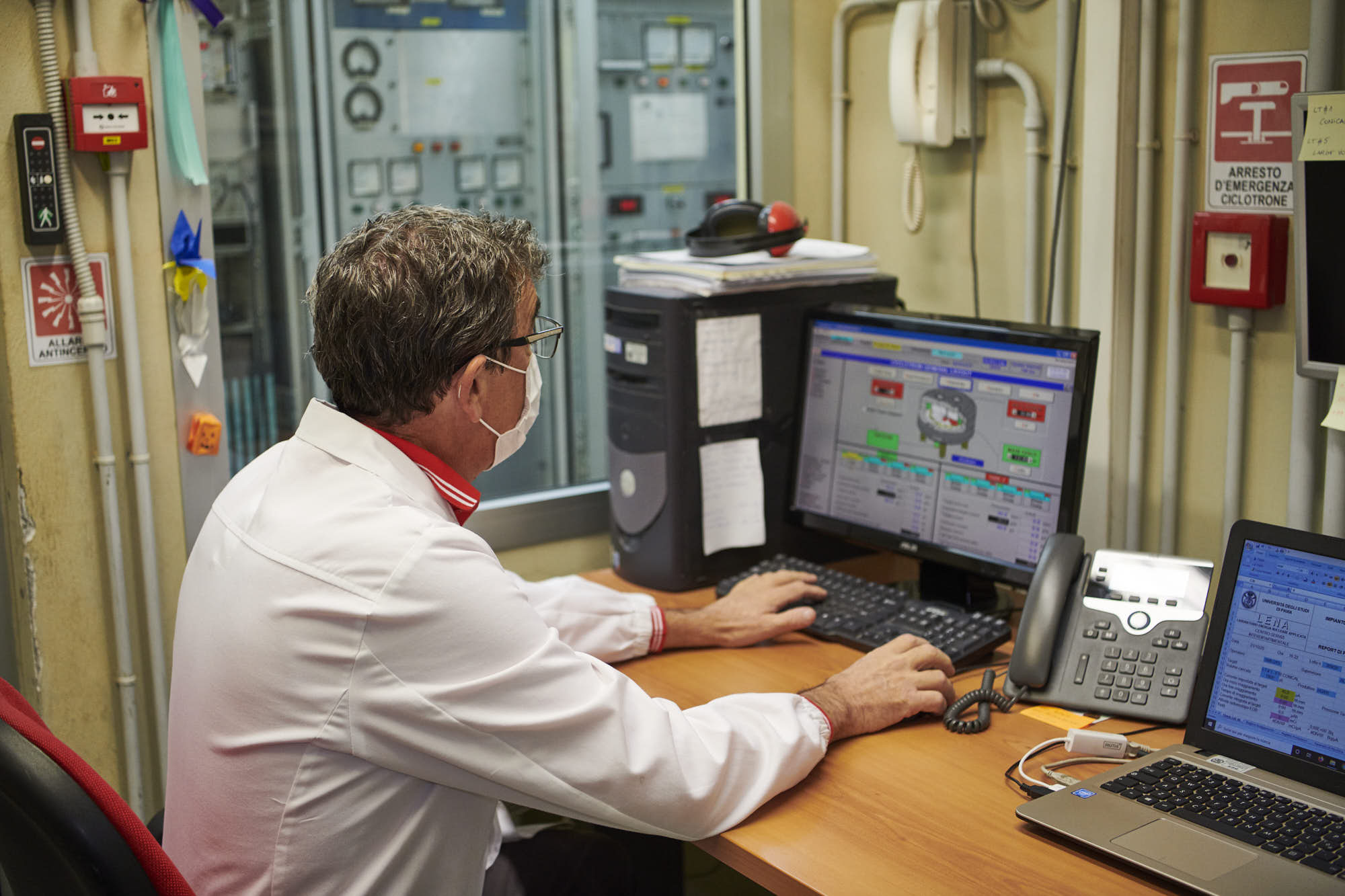 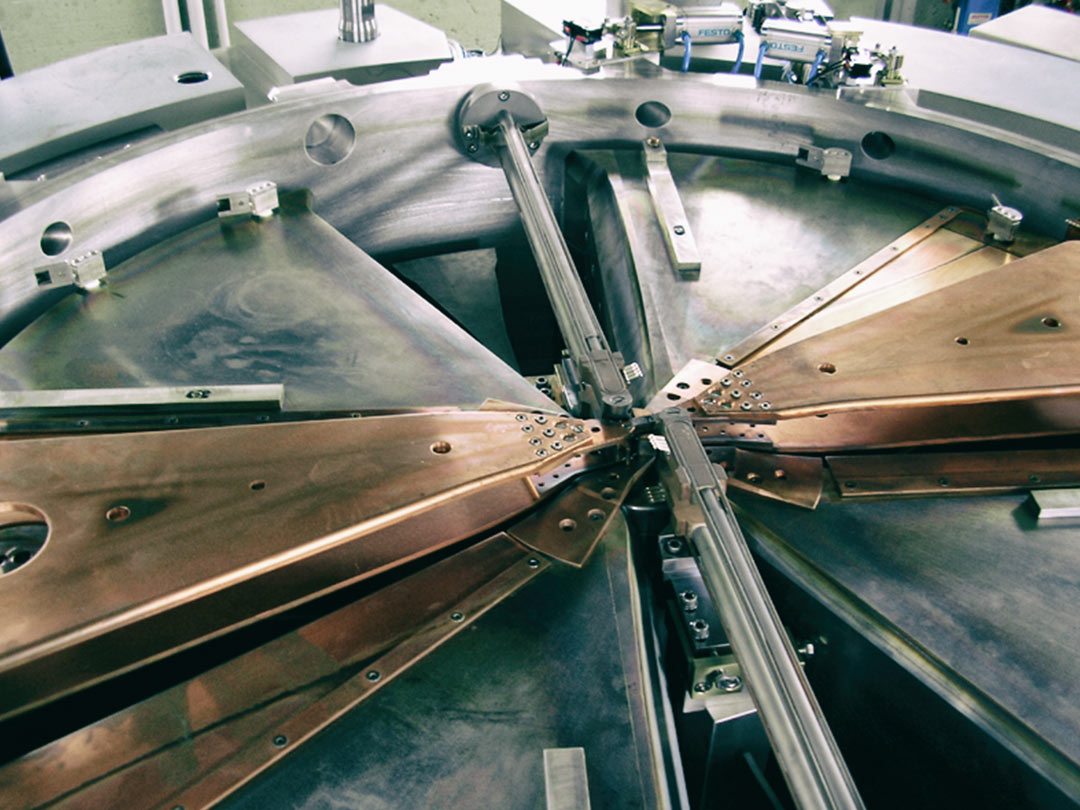 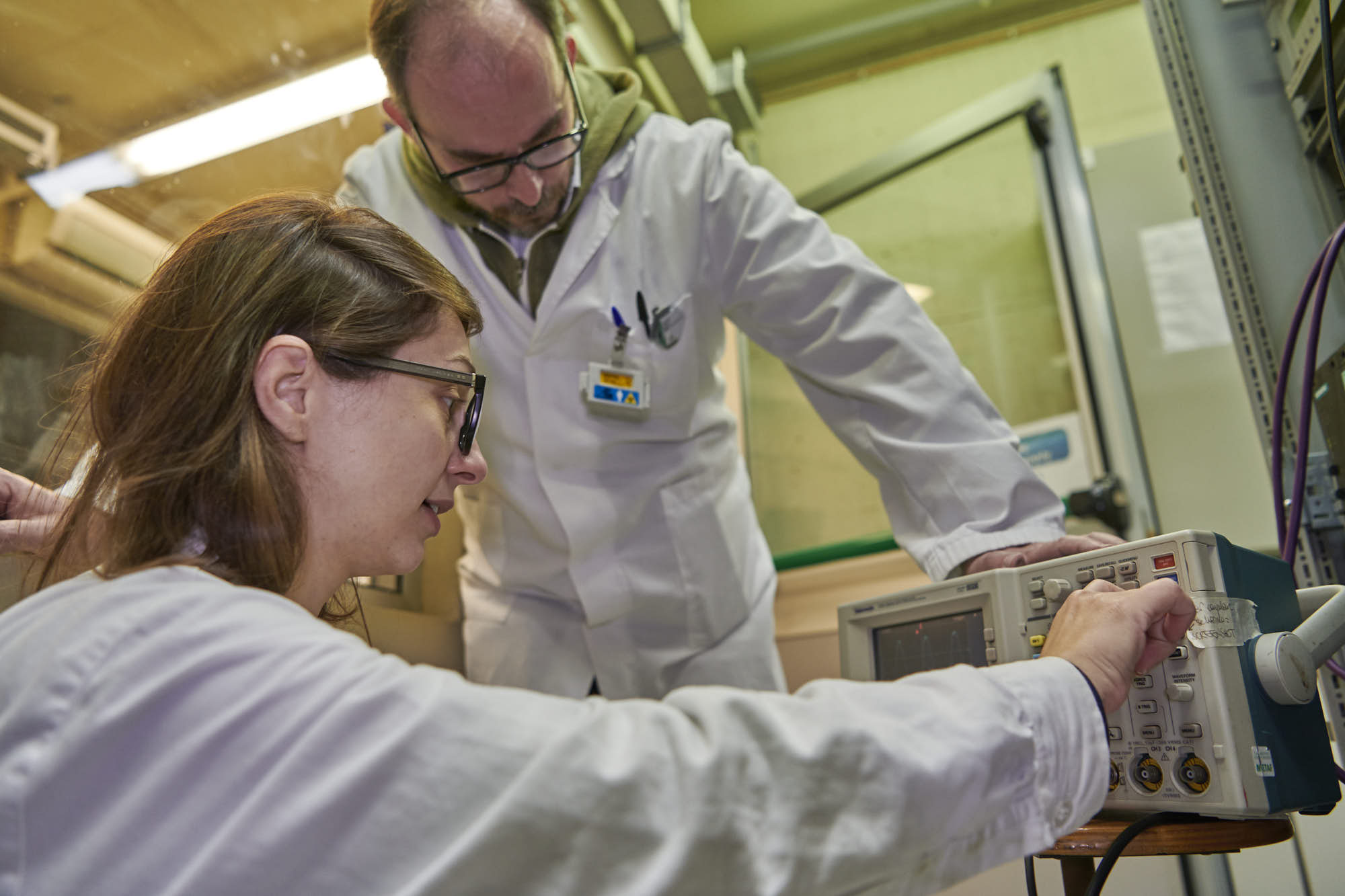 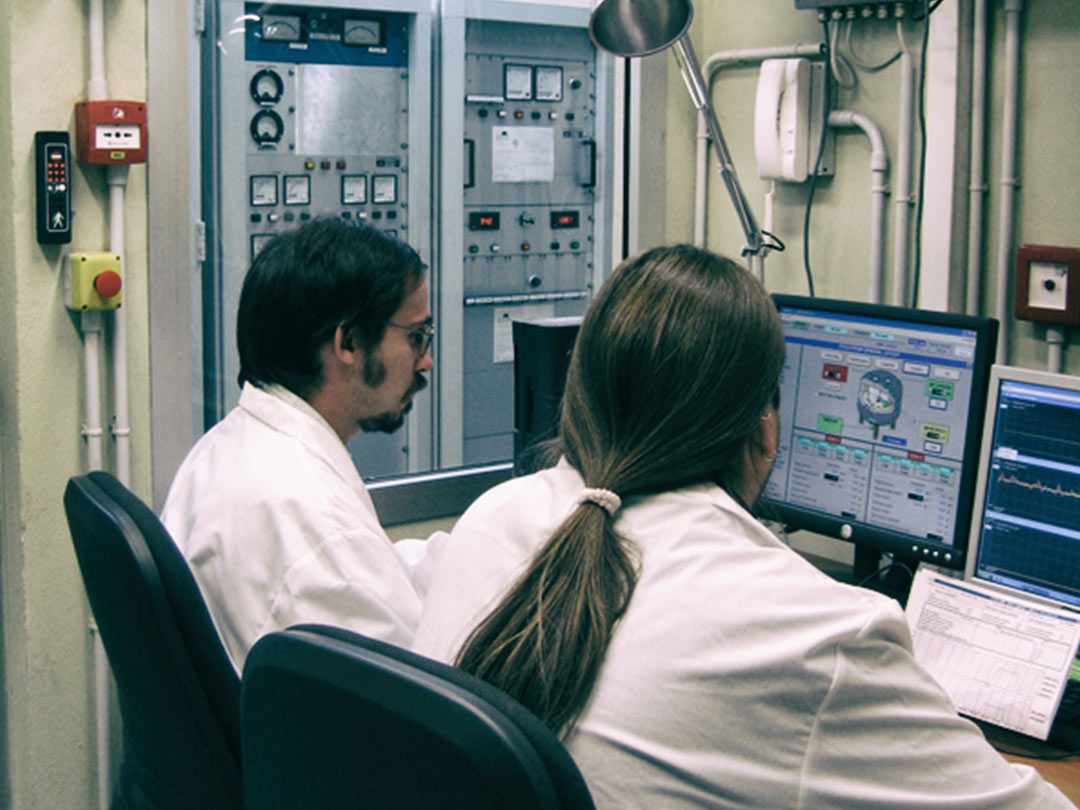 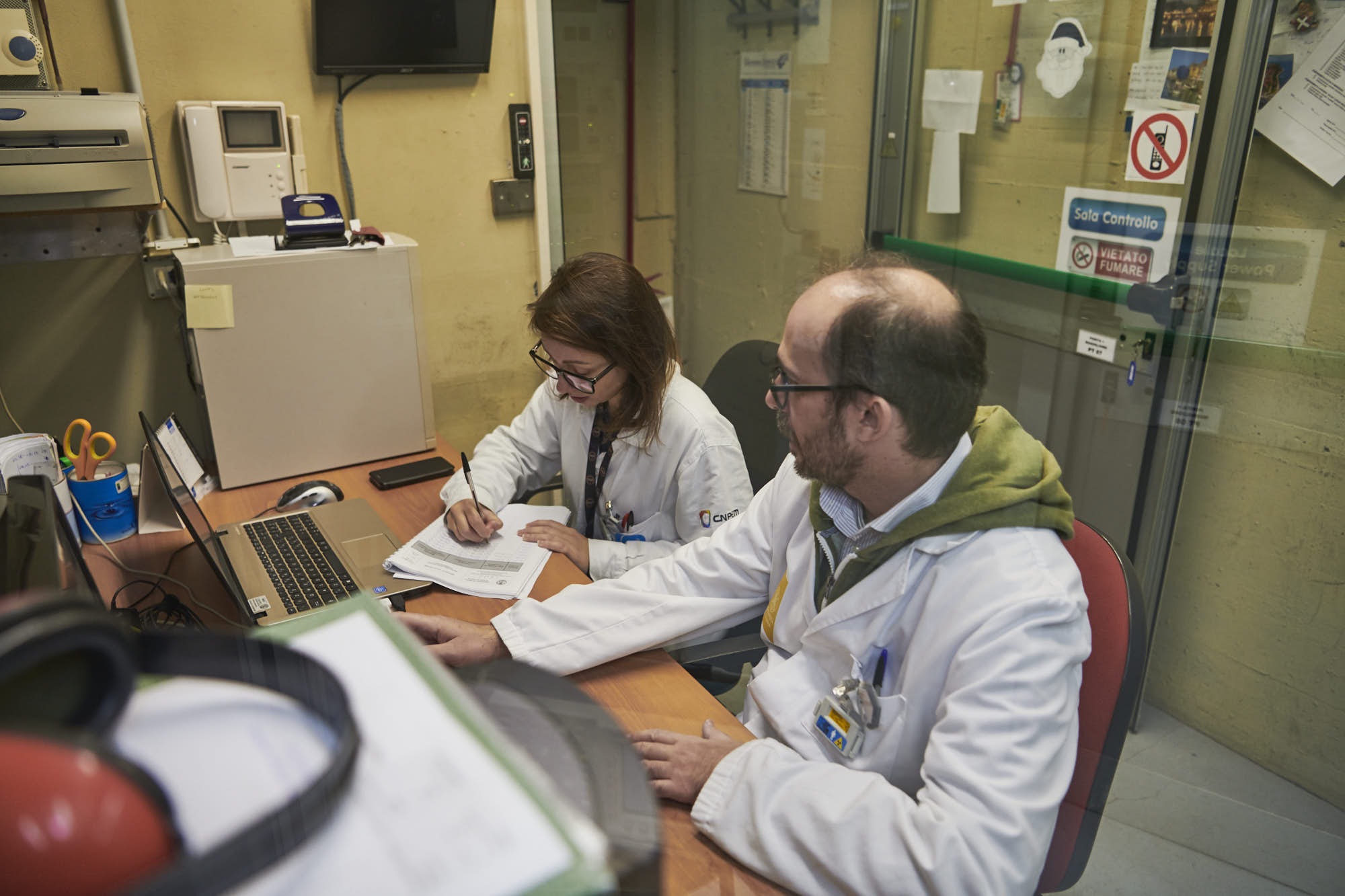 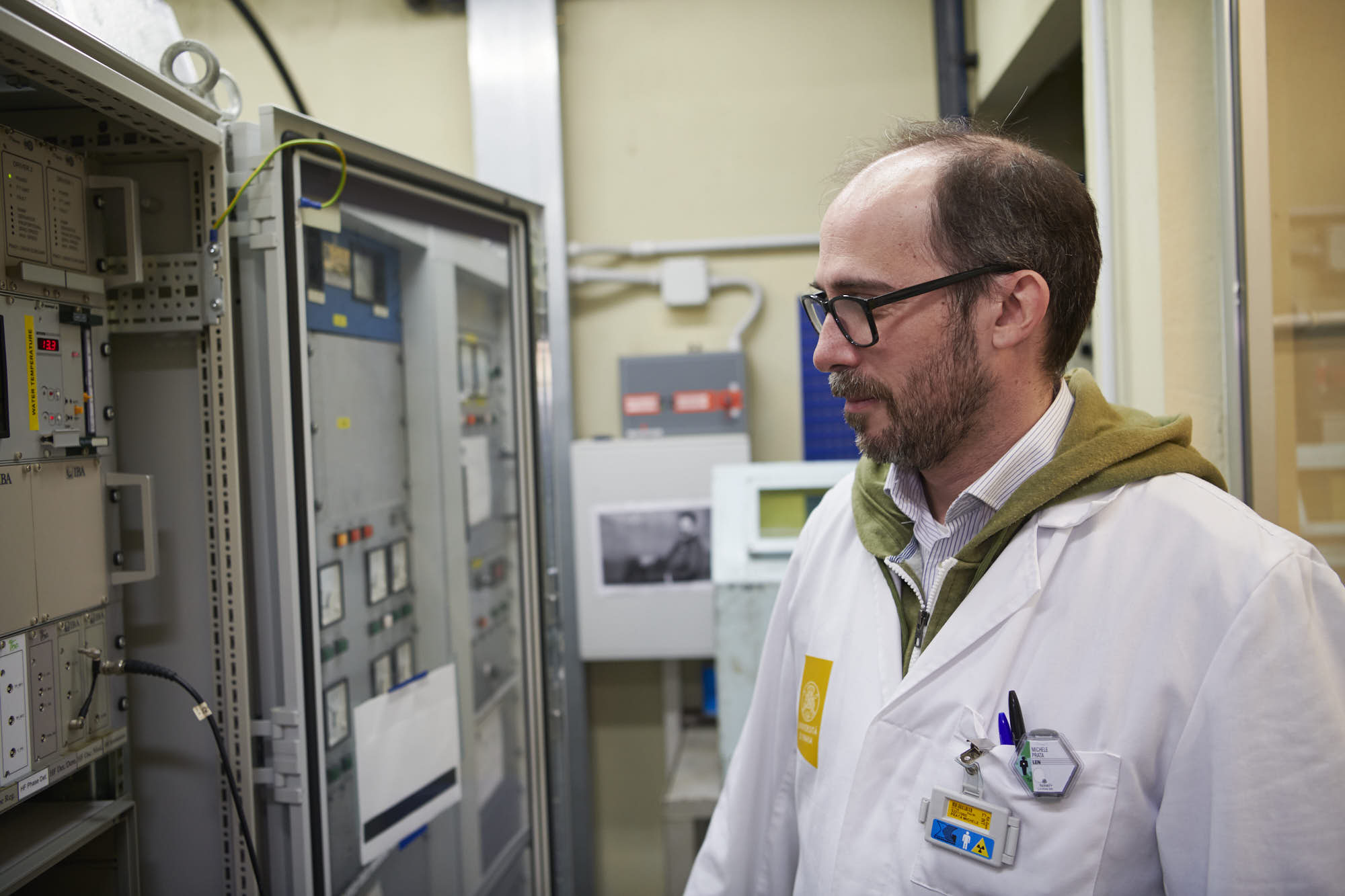 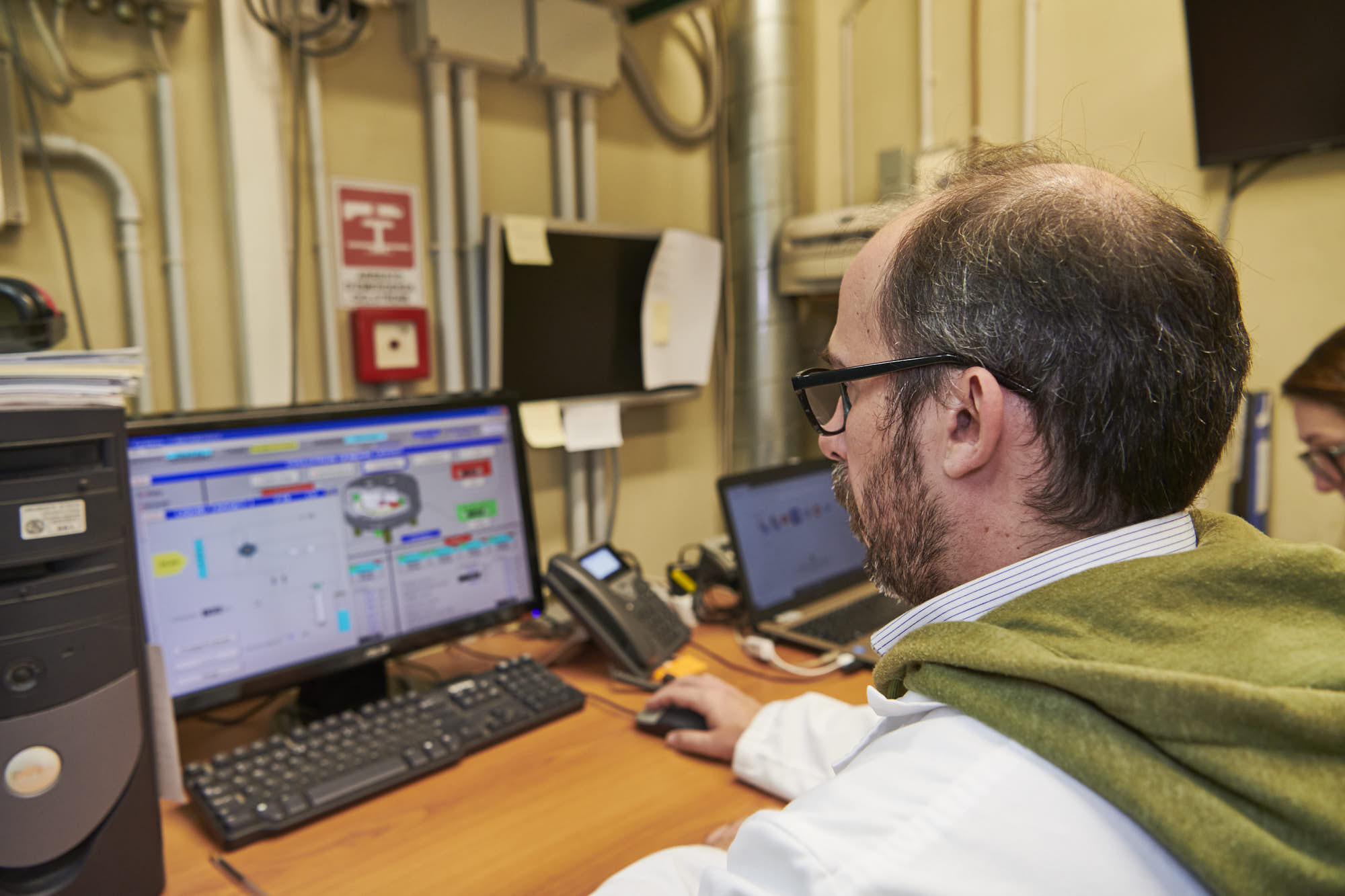 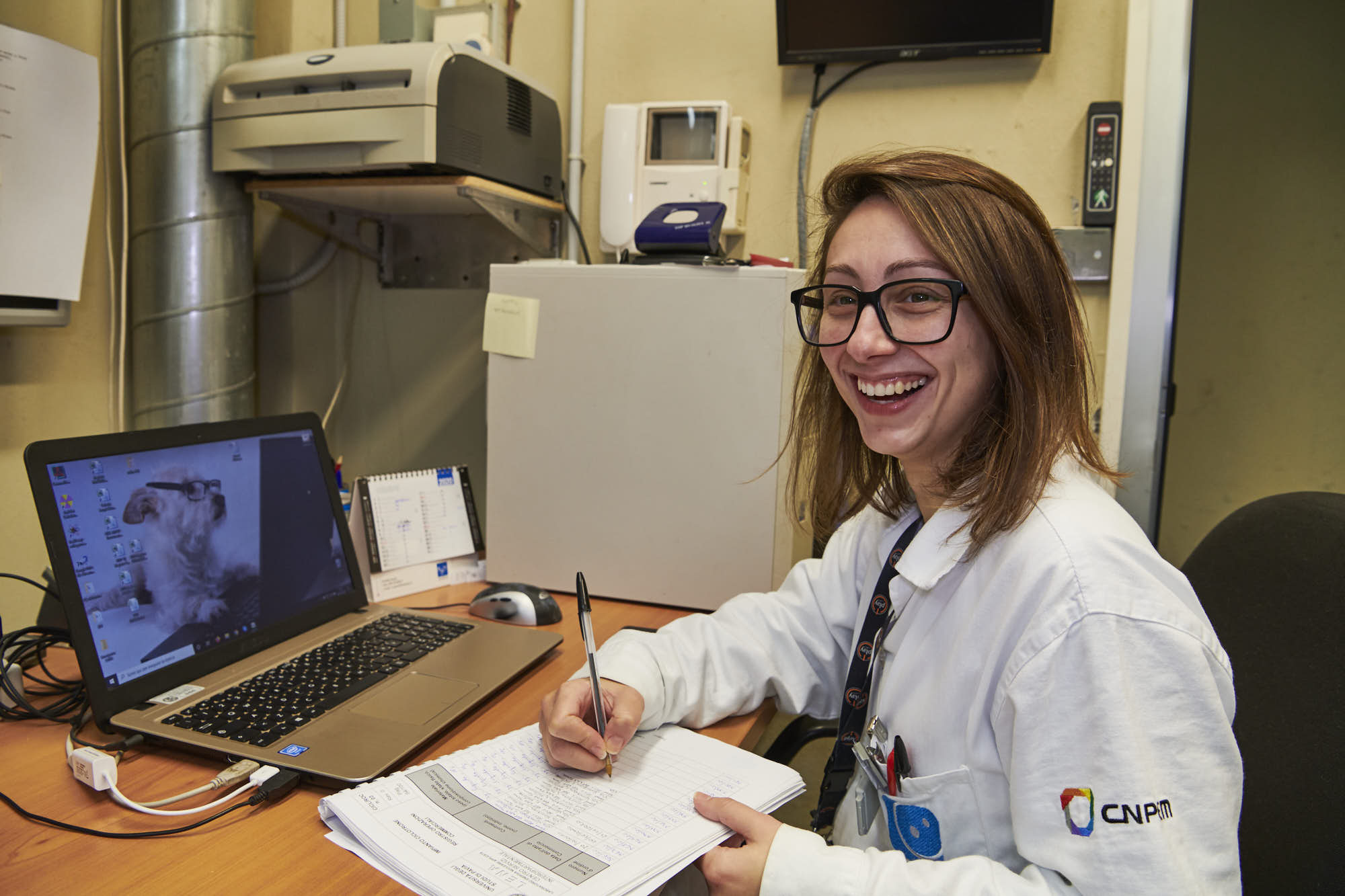 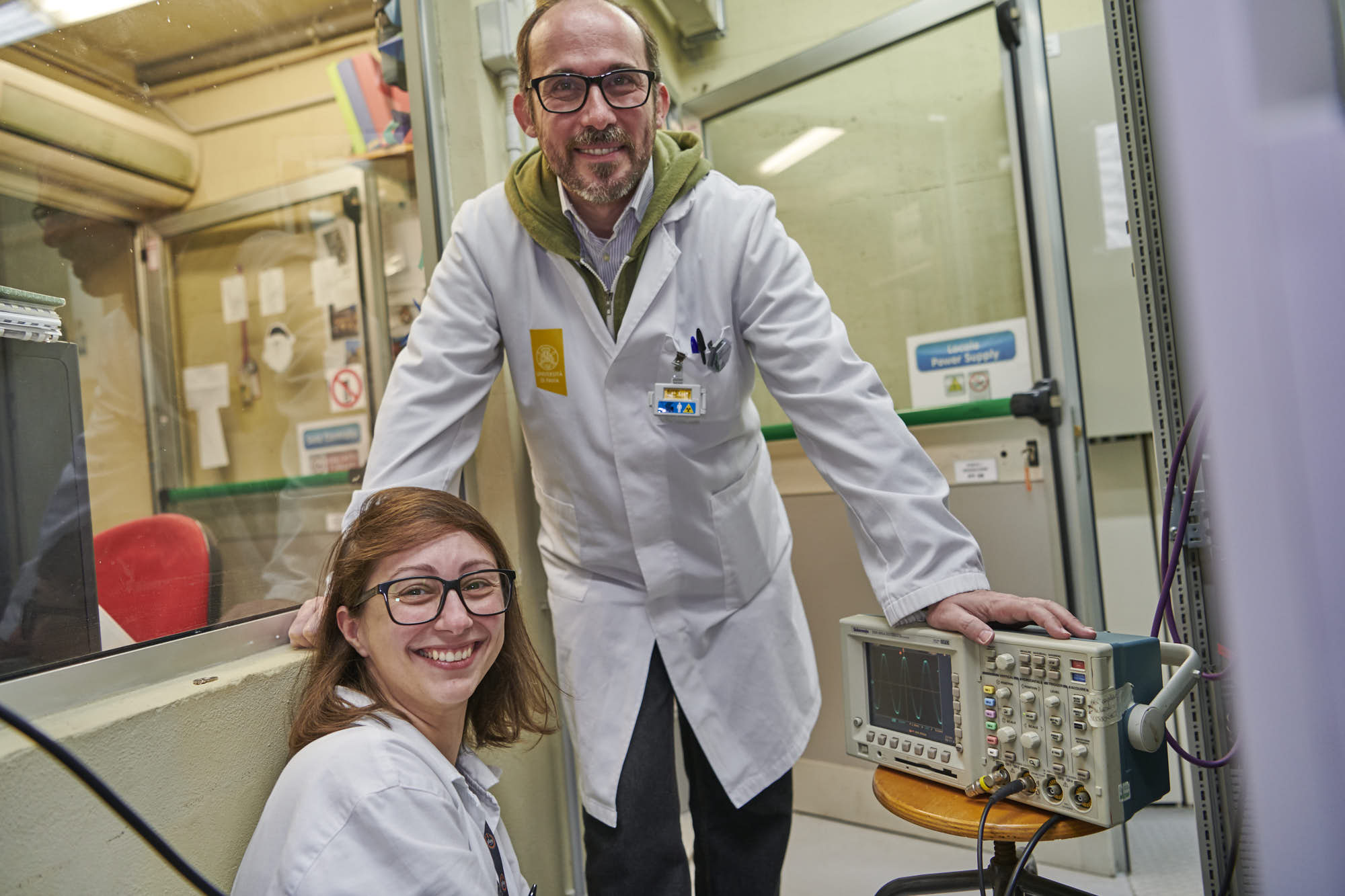 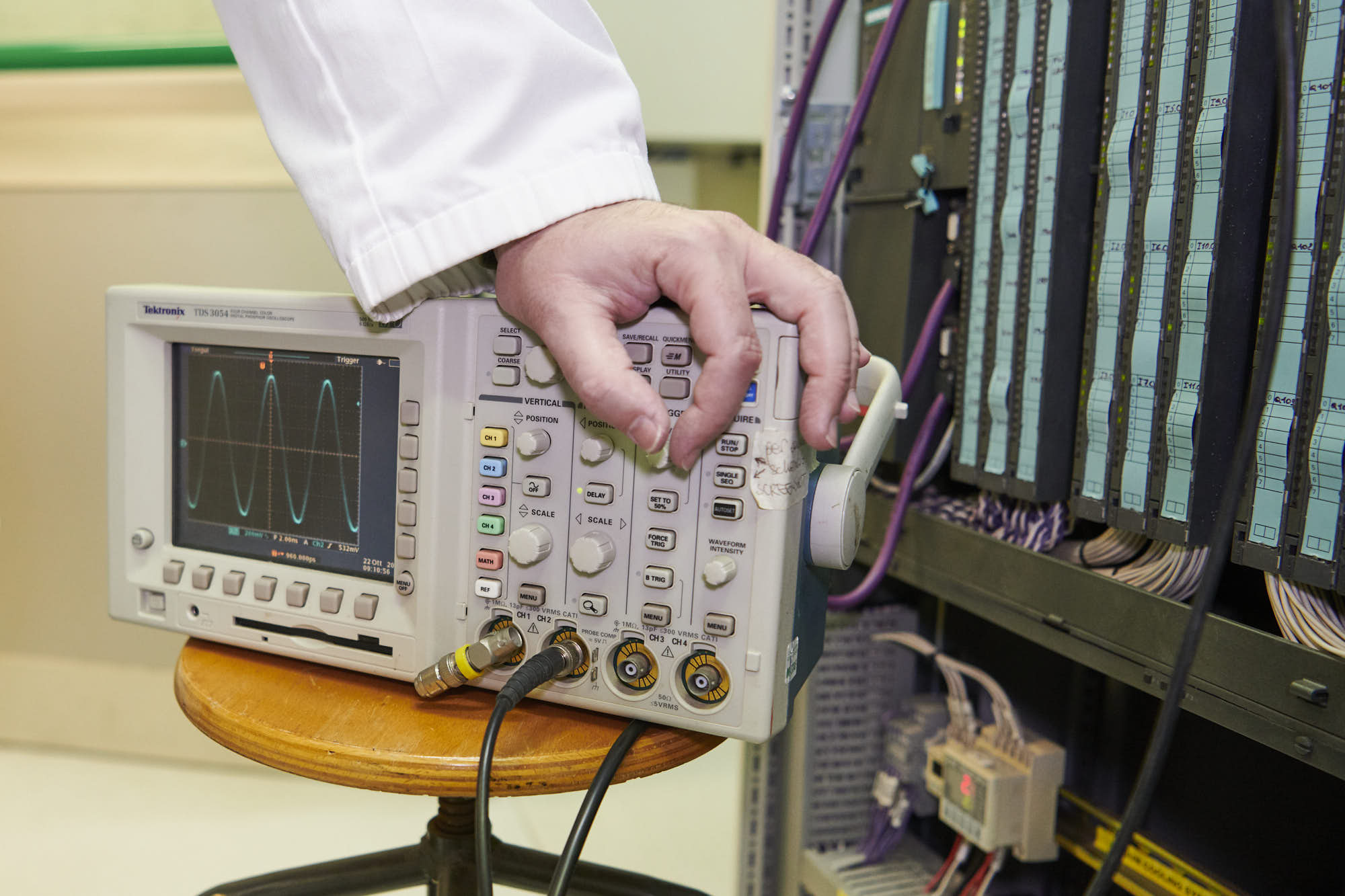 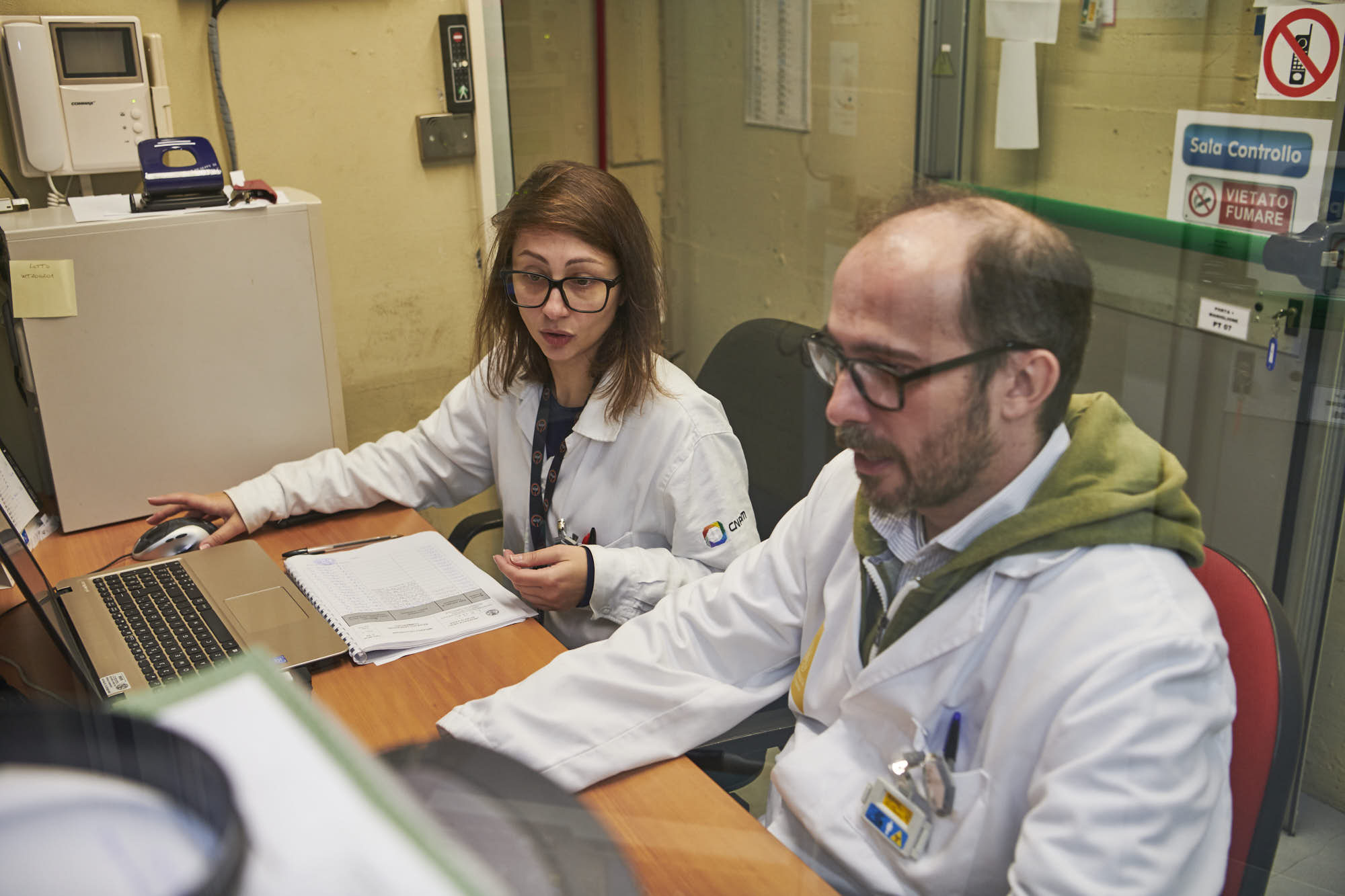 how to reach us

From the A7 Milan-Genoa motorway:

From the A Torino Piacenza motorway:

This website uses cookies to improve your experience while you navigate through the website. Out of these cookies, the cookies that are categorized as necessary are stored on your browser as they are essential for the working of basic functionalities of the website. We also use third-party cookies that help us analyze and understand how you use this website. These cookies will be stored in your browser only with your consent. You also have the option to opt-out of these cookies. But opting out of some of these cookies may have an effect on your browsing experience.
Necessary Always Enabled
Necessary cookies are absolutely essential for the website to function properly. This category only includes cookies that ensures basic functionalities and security features of the website. These cookies do not store any personal information.
Non-necessary
Any cookies that may not be particularly necessary for the website to function and is used specifically to collect user personal data via analytics, ads, other embedded contents are termed as non-necessary cookies. It is mandatory to procure user consent prior to running these cookies on your website.
SAVE & ACCEPT